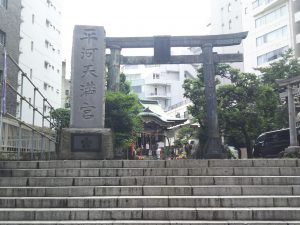 Out of all of the Tenmangu Shrines, the Hirakawa Tenmangu lies closest to the Imperial Palace. Its location helps it to attract many visitors, especially people who came to visit the palace and gardens. It is extremely common for people to come to the surrounding areas and run a course around the palace. The grounds are even popular at night, since there is a gorgeous view of Tokyo’s lights and the Tokyo Tower. The Imperial Gardens somewhat resemble New York City’s Central Park as it is a large plot of nature squeezed within a huge, bustling city. 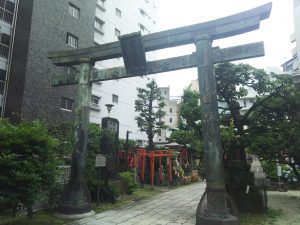 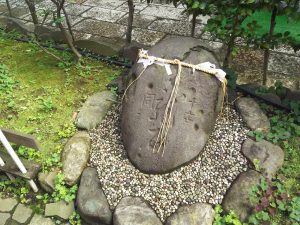 When the spring wind blows,

Send me your scent on the wind.

Even without your master. 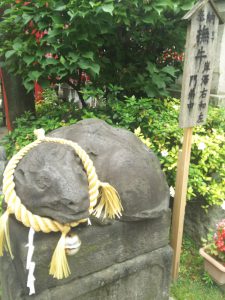 The Hirakawa Tenmangu Shrine holds a stone called “Chikaraishi.” The word “chikara” means “power” and the word “ishi” means “stone.” The stone is very famous among young people who would come to the shrine to gain power from it. However, nowadays the stone has been admitted as an important cultural property (designated by the local government) and therefore the public can no longer access it.

The shrine also holds a statue of a cow called the “Nade-ushi,” or “rubbing cow.” This statue is said to contain healing powers. It is legend that if you rub the cow on the same part of its body that you have illness, then your illness will be cured. Many Japanese people will recommend a visit to this shrine to anyone with a disease.

Overall, the Hirakawa Tenmangu Shrine is a very important shrine to Japanese culture and history and therefore should not be missed. This shrine is a convenient place to reach while exploring the Imperial Gardens and Palace. 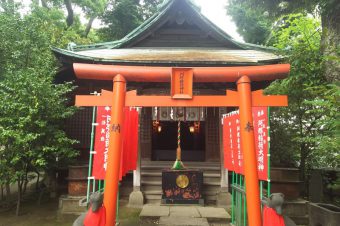