One of the strongest factors that attract foreigners to shrines is the beautiful locations where they sit. Thanks to their historical value and the pure fact that they have sat in the same place for hundreds of years, shrines take claim to some of the best property in all of Japan. One of the most stunning locations would be the top of Mount Atago, a mountain that lies 26 meters above sea level. The Atago Shrine is placed right there at the peak, overlooking all of Tokyo. The shrine is surrounded by fresh air and lush forestry, creating a unique atmosphere for the city of Tokyo. The shrine can be reached by ascending a steep staircase, which is famous itself as it represents success in life. 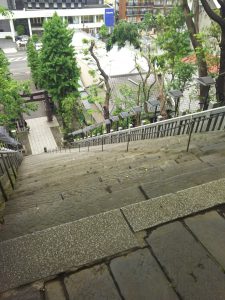 The story of the staircase tells of a man who stopped by the shrine after visiting the Zojoji Temple. The man saw beautiful plum blossoms covering the mountain and decided to collect some to bring for the Shogun. To reach the shrine, the man rode his horse up the steep staircase. According to the legend, the horse only took one minute to reach the top, but it took him 45 minutes to go back down, leaving the horse absolutely exhausted by the end. When you see the stairs in person, it is clear what a demanding task it would be to take a horse on the steps. Due to the legend, the man was regarded as the greatest horse master of all time and his name spread across the nation. It is now thought that taking the stairs will cause you to have a great and successful career. 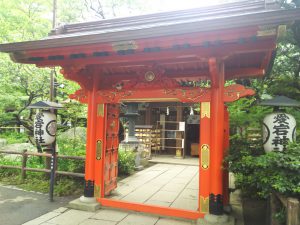 While visiting the Atago Shrine, you may find many pyorrhea flowers at the Honden (main hall). A single worshipper who has been coming to the shrine for the past few years has donated these flowers. The pyorrhea flower means that happiness is coming and represents “a love that will never die.”

This shrine is a great site for all foreigners, as well as Japanese citizens, to visit. The story is just as beautiful as the shrine itself and is truly a sight to see with your own eyes. 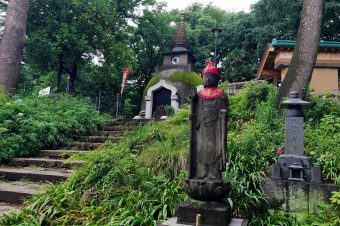 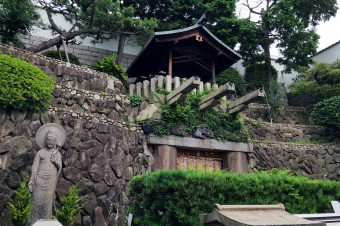