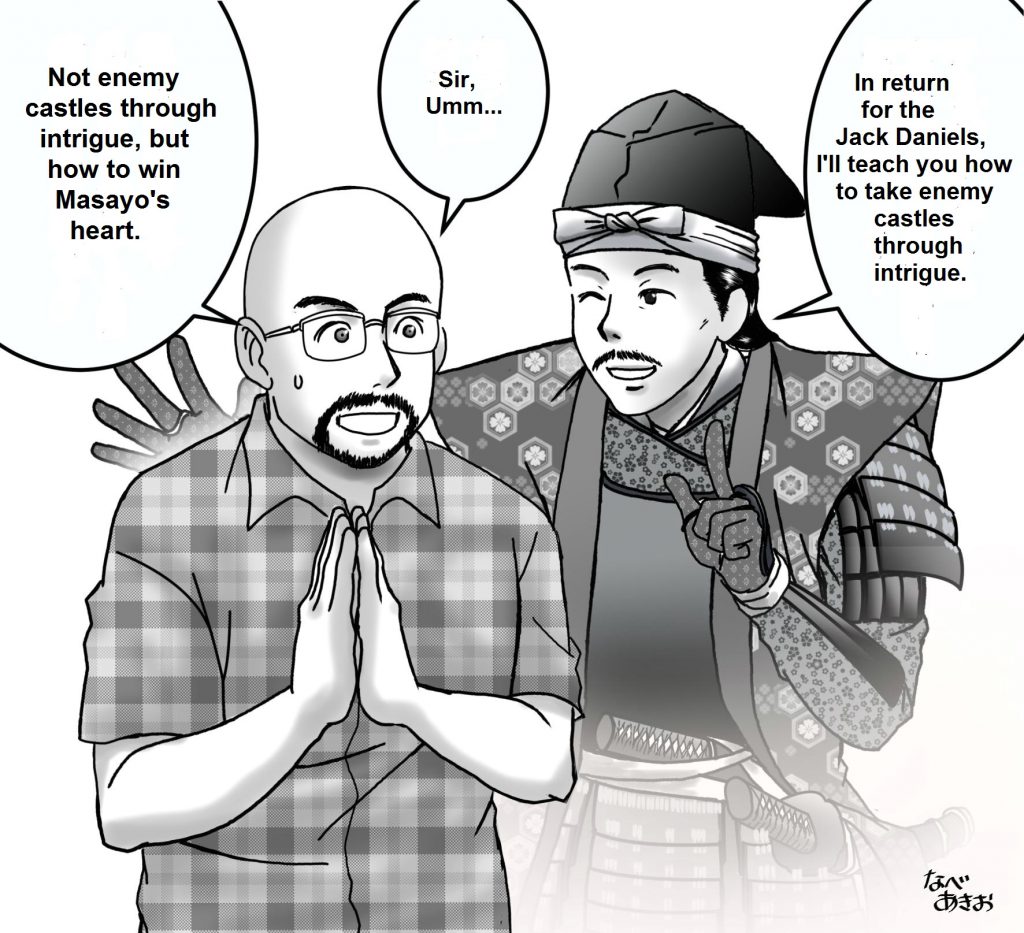 Driving back to the Kanto Plains, I pondered the strategy and tactics for my next moves. I knewthis was going to be a make or break moment which would affect the rest of my life. You see, I had already decided Masayo was the person I wanted to spend the rest of my life with. If Masayo agreed to be my girlfriend, that would mean the world to me. If, however, she wanted to be “just friends,” then I was going to have to cut my losses and move on to find another. Only two possible outcomes: win her, or lose her forever. This was going to take a LOT of courage. I therefore needed a trigger point.

Where to set the trigger point? Well, if I set it too early and things didn’t work out well, it was going to be a long, silent, and tedious several hours in the car until we arrived at her home. If I set it too late, well, that was just going to make her angry and wouldn’t give me time to recover after a rough start. I decided to time my confession for when we crossed the border from Shizuoka Prefecture to Kanagawa Prefecture. There is a rest area called Ayukawa just past the border, so that would be ideal. At a rest area, I could really concentrate on what I was going to say, instead of also having to make sure my car stayed on the grey stuff between the trees.

So, we pulled into Ayukawa, took our breaks and got back into the car. I turned on the engine in order to run the air conditioner, and then I turned to Masayo and made my second kokuhaku.

My second confession wasn’t good enough, either. After all, there were all of those issues which had to be worked out. After about ten minutes or so, we got back onto the expressway and took off on what promised to be a long, difficult hour before we arrived at her home. Just like my first kokuhaku.

Except this time I wasn’t about to give up so easily. I started talking. What I said, when I said specific things I really don’t remember too clearly. What I do remember is this. Just about the time I ran out of things to say, we arrived in front of her home. I looked at Masayo, sitting in the passenger seat, quietly looking at me. I knew in my heart this was going to be the last time I would ever see her.

A long silence ensued, during which time I steadily looked at Masayo, burning the image of her into my memory while awaiting her answer.

Which is when I heard her say, “Yes, I’ll be your girlfriend.”

As long as I shall live, I will never forget the feeling which came over me when I held her hand in mine for the first time.

Again, no episode specific photo, so here’s one of a Yabusame (horseback archery) contestant competing in an event held on Zaimokuza Beach, in Kamakura. Trying to hit a target from the back of a galloping horse must be pretty difficult. Maybe about as difficult as trying to win a lady’s heart?

Can a feudal era General and famed military strategist act as a modern day Cupid? (Episode Nine: Meeting the Parents)