Blue is undoubtedly the most popular color. Blue skies, seas, eyes, and clothes have all been admired for centuries. It is not surprising then, that art makes use of this beautiful color and all its shades. Today, it is easy to take for granted the ubiquity of dyes of all colors for use in fashion and art. In Japan’s yesteryear, like many other nation’s history, blue dye was heavily sought after and people went to great lengths to create everyone’s favorite color.

Ukiyo-e, which approximately translates as “pictures of the floating world”, is a well known artform that utilized wood block printing. Its origins lie in the early Edo Period (17th century) and its end roughly corresponds to Taisho and Early Showa Periods (20th). The subjects of ukiyo-e are wide ranging, from landscapes to Geisha, but because it often focused on the new and bustling world of Edo and its pleasure districts filled with kabuki theaters and prostitution, the artform was monikered the “floating world”. The artists like Hokusai who created works like “Great Wave off of Kanagawa” have become iconic and still influence Japanese art.

During the Edo period, blue dyes became extremely popular for use in kimono and yukata. This is reflected in many ukiyo-e prints which show men and women alike dressed in vibrant indigo patterned clothing. The craft of making those dyes exploded across the country, and its rich shade is still known to this day as “Japan Blue”. This popularity was reflected in the clothing of kabuki actors and geisha alike.

In the 1820s, a synthetic pigment that came to be known as “Prussian Blue” was introduced to Japan through Dutch traders. This pigment was a major improvement on previous organic pigments used for ukiyo-e prints and allowed for innovation in the craft. Because Prussian Blue is water soluble, more vibrant, and longer lasting a wider range of pictures were able to be depicted. The works by the legendary artists Hokusai and Hiroshige would not have been possible without this new blue dye. Prussian Blue could be used to create gradients of blue, allowing for the skylines and oceans of now classic landscape ukiyo-e prints to be printed.

The Ukiyo-e Ōta Memorial Museum of Art is located in Harajuku, so it’s a perfect place to appreciate the craftsmanship of centuries past after a day of shopping. 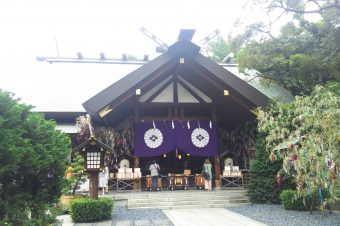 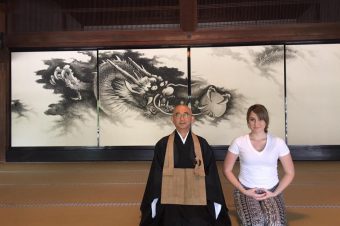