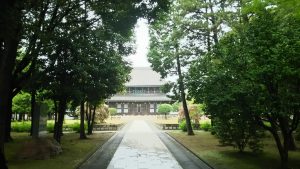 Every time I visit a temple or shrine in Japan, I always find myself thinking, “This is it. This is the most amazing shrine/temple in Japan.” With thousands upon thousands of shrines and temples, it is hard to pick a favorite or even compare each one’s beauty to another’s. However, I always know when I’ve found one that is extra-special and Sojiji Temple is one of those.

I am by no means the first person to recognize Sojiji’s glory. This temple is wildly famous and for good reason. Covering an area of close to 67,000 square meters and consisting of more than a dozen important buildings and structures, this temple is absolutely gigantic. As I walked around the temple, I kept expecting to come to the end of the buildings, but there was always more. The complex even holds the largest Daisodou (prayer room used for praying to ancestors) in all of Japan. 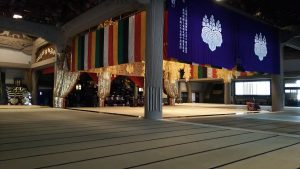 In the center of all the large buildings is an extensive space of grass on which I found many children and families playing. Between some of the buildings I found small gardens and creeks. The whole property was full of little surprises and beautiful details.

The original Sojiji Temple was built in the year 740 in the Nato province. However, it was first a Shingon Buddhist temple, but it was re-identified in 1321 by the Great Partriarch Keizan and Emperor Go-Daigo, who worked together to improve it. Unfortunately, the temple burned down in 1898.Therefore, the Sojiji Temple was rebuilt in the spot where it lies now. However, the temple has not been clear of disasters, as the 2007 earthquake did great damage to the temple that is still being worked on today. 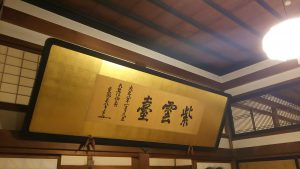 My purpose for visiting Sojiji was to try out zazen meditation. Zazen mediation comes in two types- Rinzai and Soto. The school of Soto-zen is headed by two main temples- the Daihonzan Eiheiji in Eihei-cho, and this temple, Daihonzan Sojiji in Yokohama. Therefore, in order to try Soto-zen meditation for the first time, Sojiji was one of the two best places I could try it.

My experience with zazen at Sojiji was fascinating. We went into a dimly lit room where there were several raised platforms covered in tatami mats. We were told which mat to stand in front of and then asked to remove our shoes.

The monks gave us a full walk-through of all the steps on how to practice zazen, including posture, hands positions, where to look, and how to sit on the zafu cushion. Overall, I found the experience fascinating. I really liked that the room was dark and we were facing the wall. These things definitely helped me focus.

After the zazen, I was able to eat lunch with the monks. Eating is a very specific and delicate process for Buddhists and carries great meaning.

Monks do not eat any meat and everything on our plates were either produce or made from produce. Before and after eating we were asked to follow along in a chant and prayer. These verses are used to make us reflect on how we received the food, where it came from, and whether or not we are worthy of receiving it. The verses also state that greed is the roadblock that prevents people from reaching freedom of mind. Finally, the verse reminds us that we need food to survive and it acts as a medicine to our bodies, and we must accept the food for the sake of enlightenment. Eating is not only a way of nourishment, but a way of respecting and acknowledging ourselves and others.

I felt so grateful that I was able to get a glimpse into the lives of monks, through both zazen and the meal. I truly enjoyed visiting the Sojiji Temple and I hope I will be able to return so that I can explore its vast property once more. 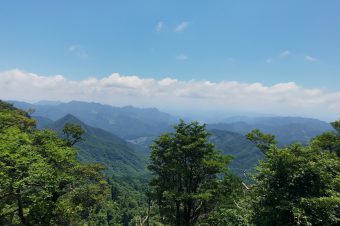 I have never been to, nor have I even heard of, a beach where you... Read More 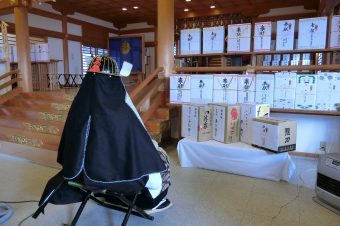