Today, we visited our district’s protectorate shrine. As we made our way through the busy streets of Minato-ku, we passed office buildings, hotels, small restaurants, and familiar fast food chains (I’m looking at you McDonald’s), there was no greater surprise to me than to find a miniature forest just around the corner from a busy business intersection.

It was silent, but not in a way that was unnerving, it was more like the trees were guarding the shrine proper from the hustle and bustle of the Akasaka streets. The only sounds were the summer insects buzzing about, a few stubborn crows, and the tolling of bells used to wake the residing kami and gain their ear for parishioner’s prayers.

There were several smaller shrines on the property, most of them are inari shrines dedicated to kami of crops and prosperity, with statues of stone kitsune standing guard over them.

As we approached the Haiden, we took turns ringing the bell and leaving our small money offering. As I bowed my head, there was a sense that someone was listening.

Once we finished, we asked the Miko at the shrine store about the talismans on display, of which one was from Akasaka Hikawa Jinja, the second was from Ise Jingu Shrine, the most important Shinto shrine in Japan, and the last was a Ofuda for protection against fire.

I also learned of Omikuji, small fortunes that you can pick out of a box for a small donation that, depending on whether it is good or bad, you take with you or leave at the shrine to avoid taking bad luck with you. As Yamamoto-san explained, mine was a “small good fortune”, but she was not trained to interpret the fortune, so I kept it and will have it translated later.

As my first guided tour of a Shinto shrine, I feel like I have better understanding of Japan’s sense of spirituality, as they believe that coexisting peacefully with nature equals a more balanced lifestyle. It is a belief that we all come from nature and thus owe our existence to it, so we need to give it the proper respect and care it deserves in gratitude for all it has given us.

I am not afraid, although maybe a little embarrassed, to say that I have never thought about nature as more than something pretty to look at and that is needed to keep our world alive, a very pragmatic point of view, but now I am being shown the other side of the coin and it is beautiful. 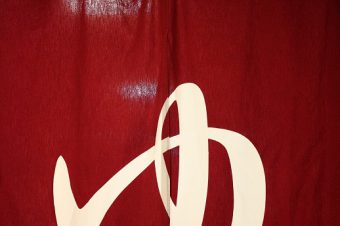 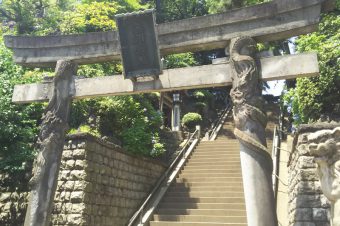 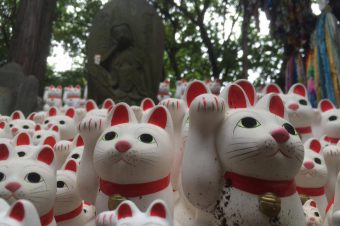