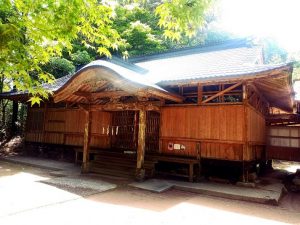 Nanokawa Shrine (Niyodogawa Town, Kochi Prefecture) is my favorite shrine so far, there is no question. So after driving 15 minutes up a mountain on a one-way road, we reached this quiet shrine in the midst of a solitary peace. Although the path was perilous, the destination was more than gratifying. 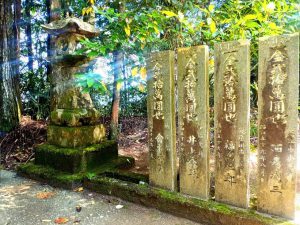 As I walked through the torii gate, I was enchanted by its olden beauty. I wanted to stay within its sacred realm for hours, but all good things must come to a halt eventually; it was completely breathtaking, like it was something mystical, straight out of a movie. 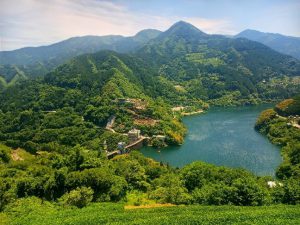 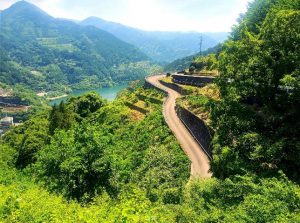 It is also worth noting the view on the way up was out of this world, but once again, the road was narrow and risky. If we wanted to gaze out, we needed to stop the car. So, that’s what we did, we stopped and we gazed out over the mountains and the Niyodo River. However, on our way back down I knew I wanted to come back to that shrine, for no other reason but to just be there, so I decided to go back for the Iwato Kagura event. 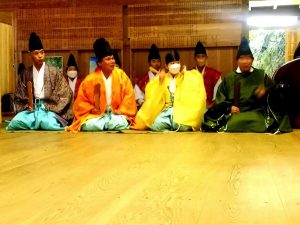 A kagura is a specific type of Shinto ritual ceremonial dance with a song which is designed to entertain the gods at the time of a festival; kagura literally means ‘god entertainment.’ I found out Nanokawa Shrine was hosting a kagura on June 15th, 2022, and I decided I would come back and check it out. I was surprised to see how many people drove up this mountain, and was excited for whatever I was about to witness. 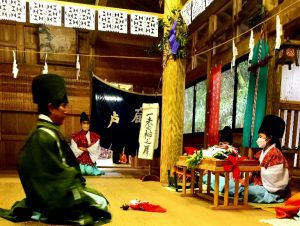 The whole thing started out slow with each performer taking turns saying prayers while the others sat and observed, and sometimes it was along to a steady taiko drum beat. Everyone in the audience (except for me) knew exactly when to bow, and did so in perfect sync. I felt such a distinctive aura of unity around the room, it was truly moving. 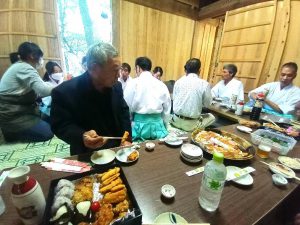 Once the initial prayers had concluded it was time for lunch; it was an absolute smorgasbord of different meats, fish, vegetables and even alcohol. I was surprised just how different the religion of Shinto was from other religions. For example, I could not imagine eating fried chicken and drinking rice wine in a church, just a cracker and sip of wine. Regardless, it was all delicious food, and it was potluck-style, so everyone brought food for everyone to enjoy. This lasted about 45 minutes, concluded, and the show was about to begin! 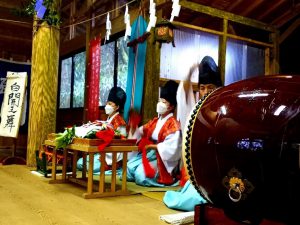 They started off by bringing out more drums and lining them up in front of the altar. Once they were all setup, they started playing a beat for a man who was dancing and shouting in an obviously traditional manner. Each move the dancers performed were so precise, and seemingly well-rehearsed. 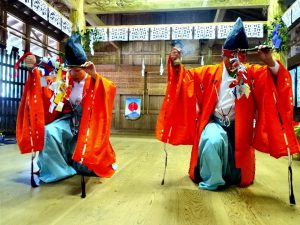 A lot of the dances went like this, until they started bringing out two dancers at once. Each performer took turns playing the drum, I imagine it gets tiring because the performances are not short by any means; each one is about the length of two Metallica songs. 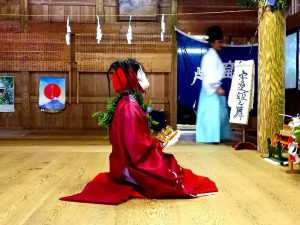 Before I knew it they started bringing out the masks and costumes, and even more dancers. Before coming to Japan, the only time I had seen these sorts of outfits was at Disney World’s Epcot, and from anime like Demon Slayer. It was wild seeing them in a real life, serious setting; the costumes were actually a little scary, and I did not know if they were even supposed to be scary or not. Nevertheless, it was still fun to watch them preform their dances with such technique and precision. 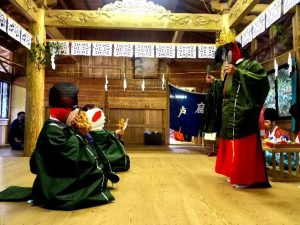 At a certain point, I saw more camera flashes going off than before. This is when they brought out the sword dancers, with real swords; the way they moved had me in a trance. The dancing was performed in such a brutal, native style, and the way the swords flailed was unreal, not to mention their unbreakable focus. 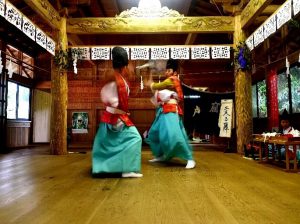 At one point they brought out two sword dancers at once, and their dance moves (I guess you could call them that) were performed as if they were engaging in some sort of samurai musical. Something about the katana is just so arousing and attractive. The shape, the artwork, they just hit different than other swords. 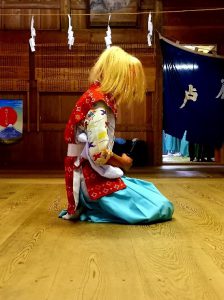 I learned after attending this how much of an honor it is to be a part of this Shinto ritual, so, naturally, I felt honored. I also learned how difficult it is for someone to be able to participate as a performer of this event; simply wanting to do it is not enough. When it comes to Japanese culture, this is the bee’s knees. Traditional Japanese culture is not in its anime or sushi, but in the arts passed down from ancestors to descendants. 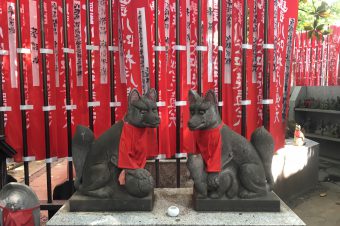 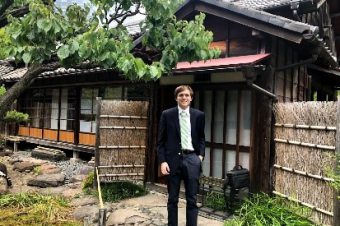